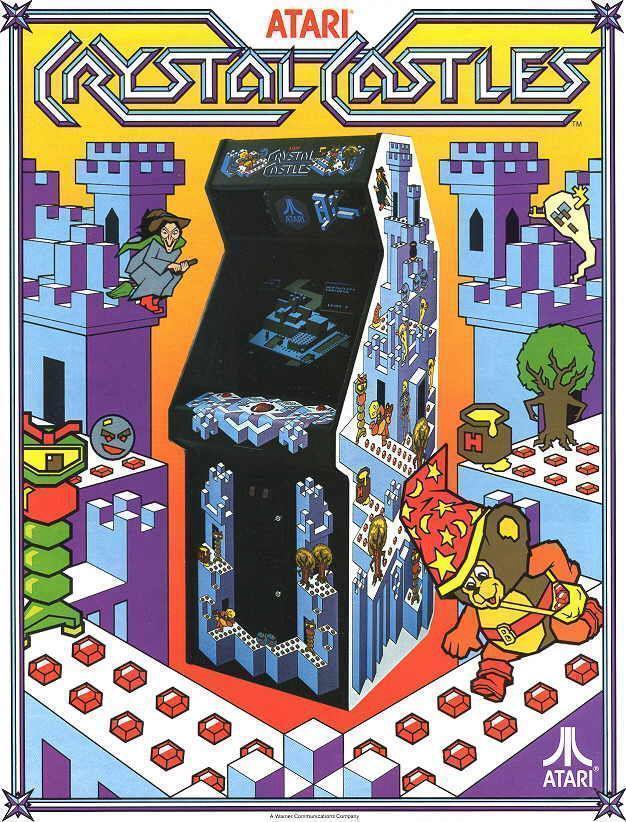 Take a moment to collect all the gems you can, without running into trees, a witch, or any of those nasty gem eaters!

Manufactured by Atari, Crystal Castles holds a copyright of 1983 and approximately 5, 380 units were produced. Slide the glowing track ball in the direction you want Bentley Bear to go as you collect as many Gems as you can. But be warned.... Trees Gem Eaters and Berthilda will try to stop you


Hear is another game from my past I avoided more then enjoyed. There was a Crystal Castle at my Arcade 'watering hole' for some time in the 80s, but although I occasionally dropped a coin in, from time to time, I was never good enough to get into the game and tended to pass it by more times then not. Now days, reliving my second arcade childhood, I find the game quite enjoyable. Maybe the arcade ran the difficulty of the machine too high for my abilities back then. It als helps that my childeren enjoy it, calling it the "tree game"
Look at the cabinet this game came in! You will be hard presses to find a more attractive case from any arcade machine. An unusual cabinet shape with attractive side art and art on the front to add to the beauty. To add another spot of coolness, the track ball glows and flashes throughout the game.
The Restoration
My Crystal Castle came from my local seller again (I definitely buy too much from this guy). The machine was overall clean and functioning, but I can never leave well enough alone. The original monitor was long gone but the original manuals for the original monitor could still be found inside the case. The original monitor (original a DISCO monitor) had been replaced with a Wells and Gardner 7000 series unit, but the screen burn from a Double Dragon was badly etched into the tube. The adjustments of the monitor was also slightly off, cutting out a small bit of the picture on both sides and no tweaking would stretch it out. I decided to see what I could do on the monitor.
Happs sells a limited amount or repair parts for WG monitors, but they do sell width coils which I ordered and received within a week. Ten solder connections later the old part was out and the new part was in. And what did I end up with? An monitor with an adjustable width, no blue, and really bad Double Dragon burn in. I tossed the monitor in the trash and bought a brand new WG 7400 from Happs the next day. The coin door was a mess as usual, but I spend some time refurbishing coin doors some months ago and have 7 or so ready to drop in. The track ball was spotted with dirt so I took it all apart to clean the rust off the rollers and clean the ball. Nether the rollers nor the ball cleaned up well, so that too went in the trash for replacement with a brand new unit. The new trackball came complete with a wiring harness but some simple wire swapping was needed to make the Barney Bear move the way the ball is rolled. I cleaned off the control panel overlay and stared at it for a bit….. It isn't horrible So I chose to leave it alone for a few more years of wear, before I replace it with an NOS one. A little cleaning, some new T molding and Crystal Castle is a great addition to the Basement Arcade!
The Summary
For this game I needed to:
Clean it.
Replace the monitor
Replace the track ball.
Put on an new line cord
Repaint the back door
Rekey the lock
Replace the burned out bulbs
Replace the T molding
For this game I still need to do:
Replace the CPO... Someday?

Picture Gallery of My Crystal Castle 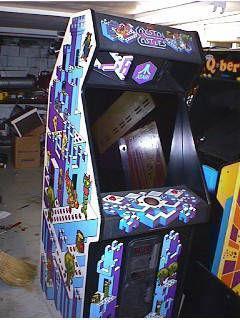 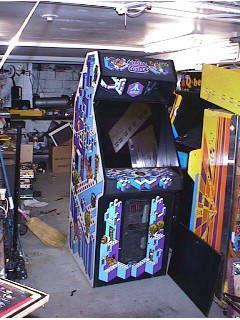 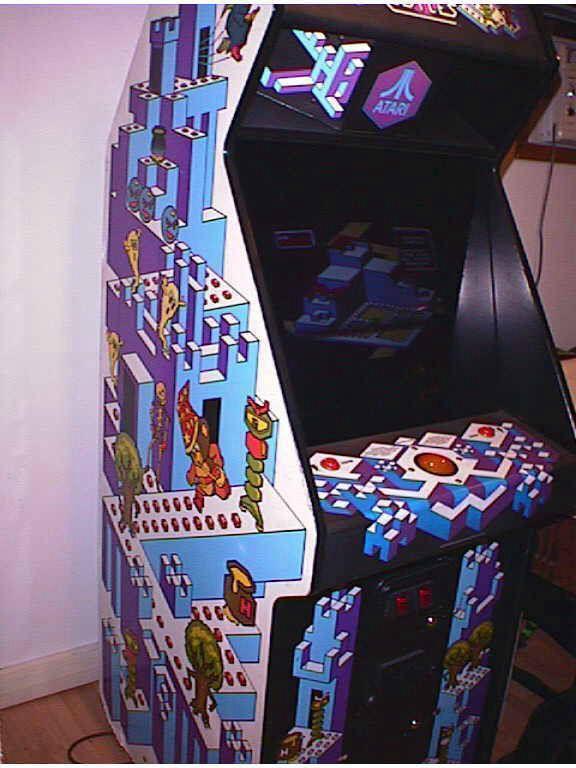 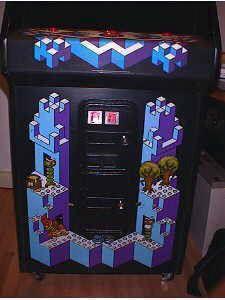 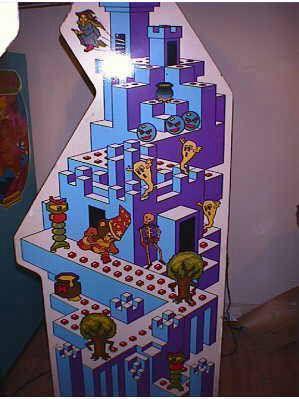 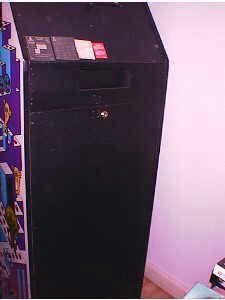 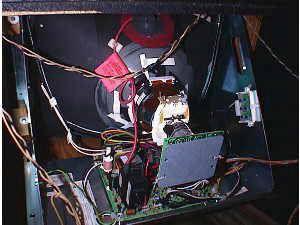 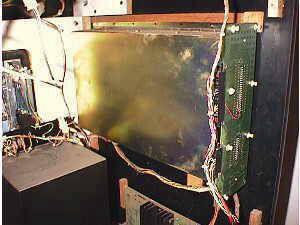 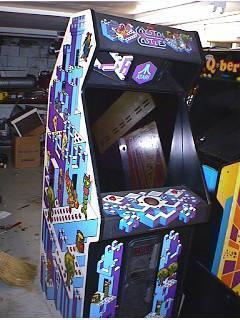 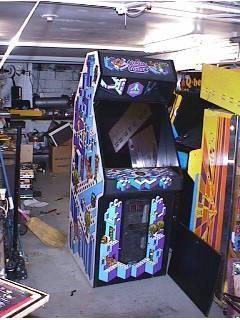 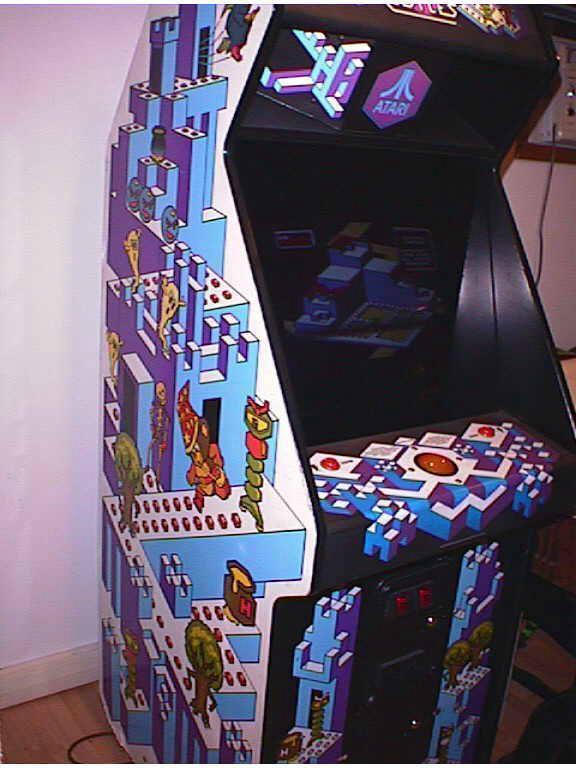 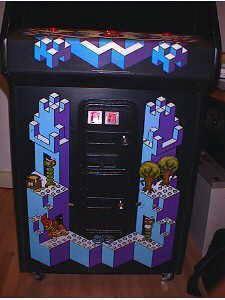 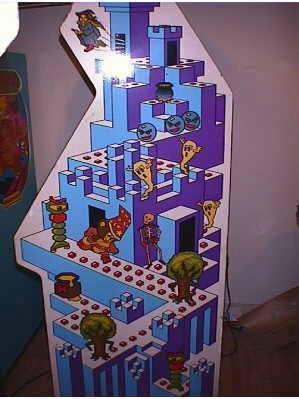 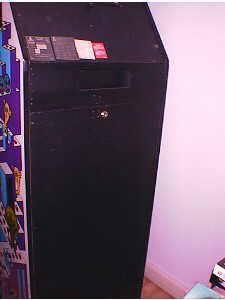 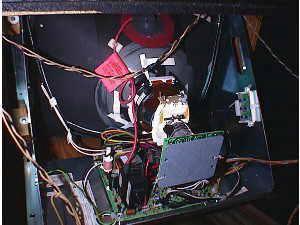 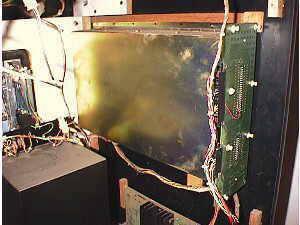 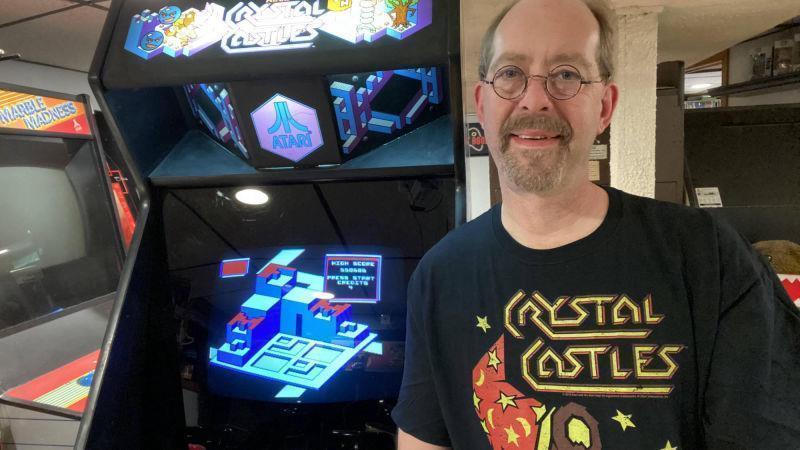 The Crystal Castles of the Basement Arcade 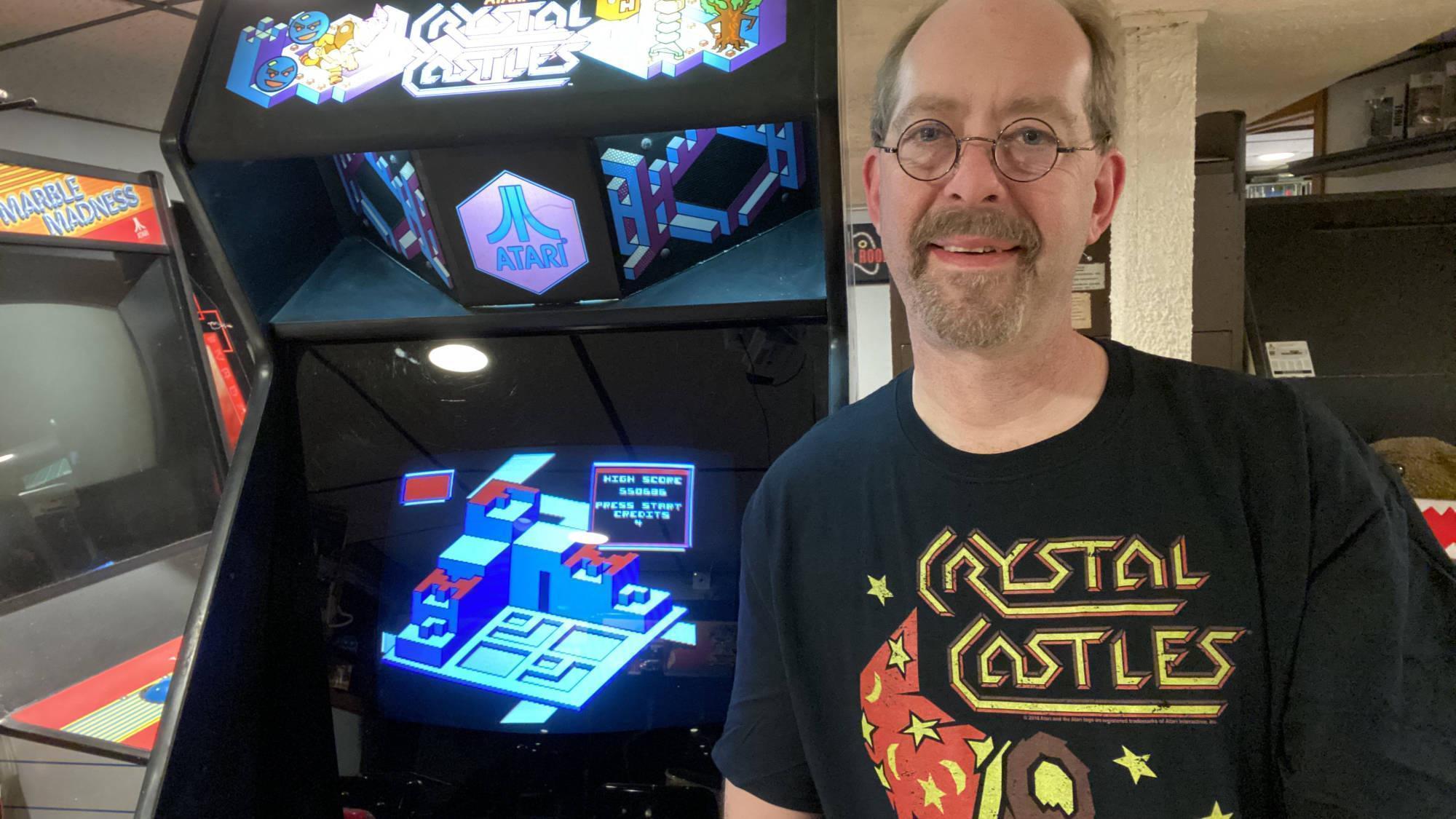 Turning on the game 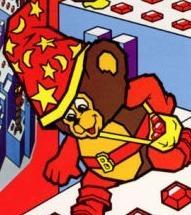 Crystal Castle used an on-screen menu system for game settings. Full instructions are in the manual